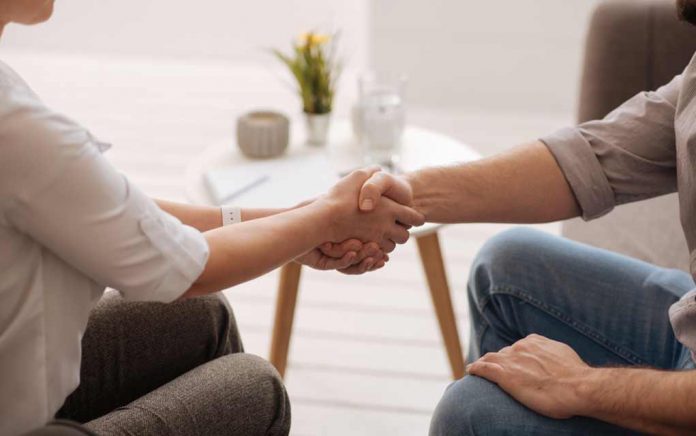 (WellnessPursuits.com) – Many people judge your appearance or personality when you first meet, but they also form an impression about you based on your handshake. The hand you use matters, as does your grip and the amount of time you prolong this common greeting. Whether you’re locking palms with your child’s teacher or the HR manager of a potential job, here are 9 things your handshake reveals about you.

During a handshake, the person you greet should not feel like they’re linked with a wet noodle or a pile of gelatin. A weak handshake implies you lack confidence — and interest. People may feel like you aren’t genuinely interested in meeting with them, which could be a potential deal-breaker during a job interview or a new client meeting.

This handshake is the opposite of the limp lock, and it can frustrate people. When you grip someone’s hand too tightly, they may find you controlling or overbearing. This is a competitive handshake that puts you in an unannounced power struggle with the recipient, and that can make people feel uncomfortable or annoyed. In addition, for those with arthritis, it can be excruciating.

It’s fine to put your own spin on this common greeting when you’re with friends or family, and it may even work during an interview at a fun, eclectic office. Generally, though, fist bumps and silly hand movements aren’t appropriate for greeting someone in a professional setting.

The politician’s handshake occurs when you place your other hand around your recipient’s while your palms are already locked. This may seem like a dominant move, but it’s actually an act of kindness. Covering the recipient’s hand shows that you care about them, and it can convey honesty and trust.

5. The Person Who Won’t Let Go

When you shake someone’s hand, don’t grip it too long. Hold their palm for approximately 2 seconds, then release your hand. Failing to do this can make you come across as desperate or clingy.

Lingering exudes desperation, but rushing through a handshake makes recipients feel like you don’t value them. This handshake implies that you’re in a hurry and can’t be bothered to connect with the other person.

You don’t need to stare someone down while you lock palms, but it’s also not good to avoid eye contact completely. Gazing into someone’s eyes for too long makes you seem aggressive, especially if you squint or purse your lips during this time. However, looking away isn’t ideal either, as this can indicate you are insecure or suspicious.

Avoid vigorously pumping someone’s palm when you meet them. You may think this shows excitement, but it can make the other person uncomfortable. Also, make sure you don’t flip someone’s palm during the shake so that yours lands on top. This is a subtle power move that generally isn’t necessary unless you’re trying to exert control.

Now that you know what not to do, let’s focus on the right way to shake someone’s hand. Hold out your right hand, even if you’re a leftie, and stand up straight. Smile warmly as you look into the other person’s eyes, and greet them by their name or title. Shake their hand firmly but not aggressively, and hold your handshake for approximately 2 seconds.

Handshakes can show warmth and interest, or they can make you seem shy or controlling. Don’t overthink your next handshake, but keep the suggestions above in mind next time you extend your hand.