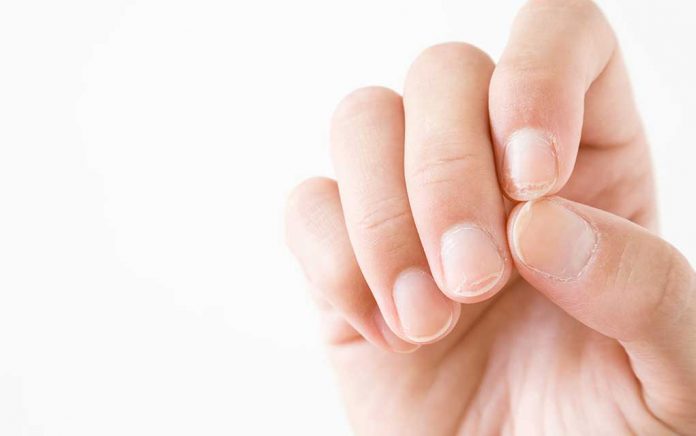 What Your Nails Reveal About Your Health

(WellnessPursuits.com) – Your nails have the potential to say a lot about your health. Unusual changes in the shape, color, or texture of your nails could indicate an underlying medical issue is to blame. Several deficiencies and disorders can lead to problems with your nails, and they can present themselves in some surprising ways.

What Are Your Fingernails Trying to Tell You?

While some people have natural differences in the shape and texture of their nails, it’s important to know what your nails look like regularly so you can easily recognize any differences. Look out for the following:

Unhealthy fingernails can be an indicator of much more severe issues, so don’t ignore these or other unusual changes. If you keep acrylic tips, let your nails go natural every once in a while. This will allow them to breathe — and give you the chance to take a closer look at your nail health.

To Your Healthy Pursuits!