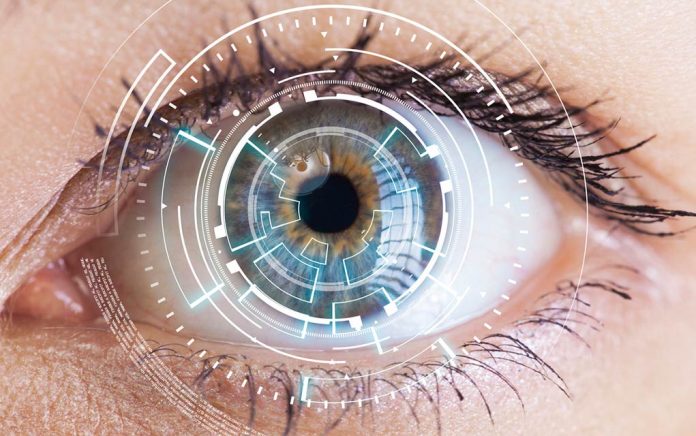 (WellnessPursuits.com) – You can learn quite a bit about someone by gazing into their eyes. Your eyes reveal sadness when life gets tough and joy when things go well. They narrow with frustration in stressful situations and sag with exhaustion after a long day.

But did you know your eyes also share clues about your genes and your health? Many people even believe eye color affects personality and lifestyle choices, though some of these beliefs aren’t backed by hard science.

Odds are high that you have one of the eye colors in this section – after all, most readers do. But what does your eye color indicate about you and your health? Here’s what the research shows and how society might perceive you based on your eye color.

Approximately half of U.S. residents have brown eyes. This figure has decreased drastically over the last 10,000 years, as everyone on Earth had brown eyes at one point.

Some experts believe the high melanin levels found in brown eyes help fend off conditions such as diabetic retinopathy, macular degeneration and eye cancer. There’s a drawback to having this deep hue, though. Brown-eyed folks have an increased risk of developing cataracts.

As far as personality goes, you’re probably a dependable friend if you’ve got brown eyes. According to research from the Charles University in Prague, people with brown eyes are generally considered loyal, trustworthy and gentle people.

Blue is the second most common hue for irises. People with blue eyes have less melanin than people with brown eyes, which puts them at higher risk for conditions such as macular degeneration and uveal melanoma, a form of cancer that impacts the iris. They may also be more sensitive to bright lights and the sun’s rays even if a medical condition does not develop. Research also suggests that light-eyed people have better pain tolerances.

Blue-eyed people are generally viewed as reserved, and some people even associate this hue with conceitedness and competitiveness. Icy blue eyes are sometimes described as cold and intimidating, though some people find them alluring. Blue eyes are also associated with attractiveness, as many people seek partners with blue eyes and blond hair.

Hazel eyes are a mixture of two hues, such as green and brown or blue and green. If you have hazel eyes, you’re at risk for many of the same medical ailments that affect blue-eyed individuals. That’s because you likely have a small amount of melanin in your irises.

Some researchers also believe that people with hazel eyes have mixed colors in their eyes due to materials in the bloodstream, which may make them more prone to liver, gallbladder and other digestive issues.

Hazel-eyed humans are often seen as outgoing, sensitive and witty risk-takers. You may find that your eyes seem to change color based on your mood or outfit, but this could be just an optical illusion.

Just 2% of people around the world have green eyes. Green eyes are more common in Iceland and Finland than other parts of the world, such as the United States and Mexico.

Green eyes are linked to many of the conditions that affect other light-eyed folks. You have an increased chance of developing conditions such as macular degeneration and uveal melanoma, and you may notice some discomfort when you view bright lights.

If you have green eyes, you’re in luck – many people buy colored contacts to get eyes like yours. Research has found that you may be creative, mysterious, unpredictable, self-sufficient, original and even-tempered. Green-eyed people have also been found to work well under pressure. However, people may also find you intimidating or devious, as movie villains often have green eyes.

Violet eyes may sound beautiful, but they aren’t actually found in nature. Some people may have eyes that appear violet, which is caused by a gene mutation that causes albinism. Your eyes are unable to convert or store melanin, so they develop a vibrant purple or red hue.

People with violet eyes are viewed as creative, fun and free-spirited. Elizabeth Taylor was often praised for her violet eyes, but they were actually a vibrant blue — not purple.

Your eye color is linked to an array of personality traits, at least from society’s perspective, but remember to leave medical diagnoses to your doctor. If you notice vision issues or suspect you have any of the conditions above, talk to your PCP or eye doctor right away.