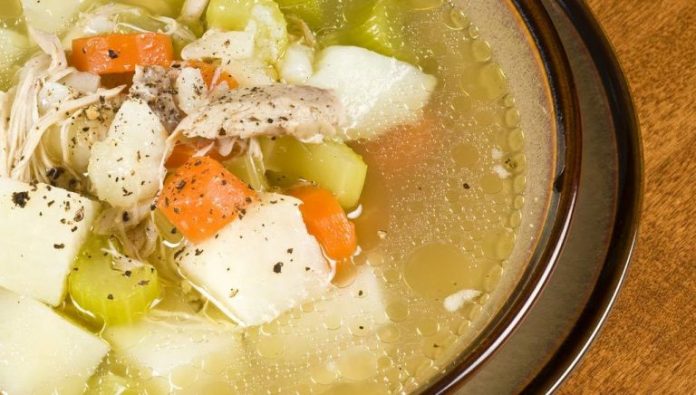 [ALERT]: US Chickens Processed in China and Shipped Back Here

(WellnessPursuits.com) – When you buy food at the grocery store, you probably assume that it’s coming from a safe source, right? As it turns out, that might not be the case. Learn more about how the chicken you’re buying might be a serious threat to your health.

Where is Your Chicken Coming From?

According to Foodandpower.net, the U.S. Department of Agriculture has given approval for chickens that have been raised in the U.S. to be processed in China and sent back to America for consumption. Other chickens are being raised and slaughtered in China before being cooked, processed and sent to the U.S.

Worse yet, after the initial approval, the USDA won’t even continue to inspect the processing plants in China! Some may find this news disturbing, since China’s food safety standards fall below U.S. standards.

The Threat of Chinese Imports

According to UnitedVoice.com, the Chinese food safety system has had numerous issues in the past. These problems have ranged from dangerous levels of mercury in baby food and tainted milk products that led to thousands of children getting sick to rats and other small mammals being disguised as other meat products.

The FDA put a freeze on Chinese fish imports earlier this year, ABC reports. They found the imports to contain harmful chemical residues, including banned antibiotics and antifungals known to cause cancer in humans.

The USDA warns that the most common issues the FDA finds with Chinese imported foods are “filth, unsafe additives, inadequate labeling, and lack of proper manufacturer registrations.” This is unacceptable, and yet Chinese companies continue to try to get away with unsafe, sometimes downright deadly, practices despite authorities’ efforts to stop them.

Even despite concerns about safety, the law doesn’t require labels indicating which country the chicken was processed in — making it even more difficult for consumers to choose the safest meat.

So, what can you do about it?

How to Protect Yourself

The only way to make sure you know what’s in your food is to know its sources. Buy as much as you can locally and research brands to make sure they operate in the U.S. If you can’t determine the source, don’t buy it. It’s that simple.

What’s not simple is buying chicken that’s not raw but is an ingredient in a canned or packaged food. You’re looking at soups, prepared box meals, anything with cooked chicken parts. Unless the label says so, there’s no way to know. As difficult as this sounds, the only safe alternative is to buy raw chicken you trust and create the dish yourself.

With a larger variety of our foods passing through China’s hands and regulation enforcers unable to keep up, it’s up to us to make sure the food we bring into our homes is not only nutritious, but also safe. Money talks, so give yours to companies or local businesses you know have your safety in mind, and encourage your friends and family to do the same. Companies will continue relying on cheap Chinese imports until it stops paying off — and that’s on us.