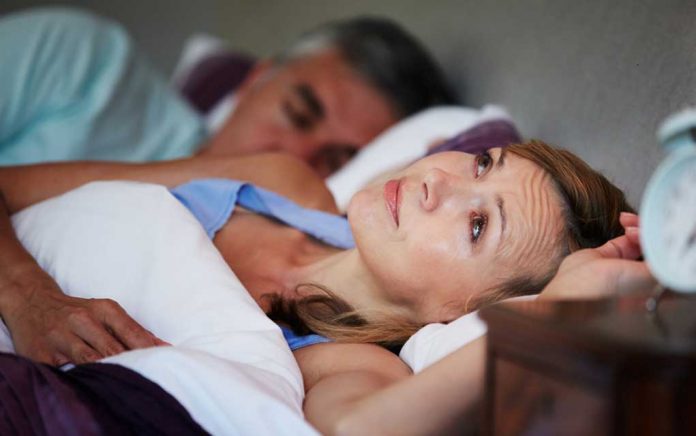 (WellnessPursuits.com) – As children, we’re up early each morning for school or to head off for the adventures of the day. As adults we gain responsibilities and tend to get up even earlier, organizing the family, heading off to work, spending evenings and weekends catching up on chores, up at night with sick kids, dreaming of someday retiring to a more relaxed schedule.

So how frustrating is it when, after years of hectic schedules, you finally have the freedom to relax and sleep, but now, you simply can’t? Much to our chagrin, scientific research shows a seemingly peculiar reason we sleep less as we age.

Our Sleep Patterns Date Back to Ancient Times

A study from the University of Toronto has finally identified a  bizarre reason we sleep less as we age. It dates back to tribal living arrangements, before the time of single-family households that are the modern norm.

Researchers found and followed a tribe of hunter-gatherers in Tanzania, providing them with sleep monitors and tracking the results for almost three weeks. For this tribe, their lifestyle was very similar to that of our ancient ancestors, including all the safety benefits of living in a community setting.

The study’s researchers investigated a thesis called the “sentinel hypothesis,” which is based on the idea that some members of the group stay awake to guard against predators or to care for waking children while the other members of the group sleep. Although this behavior has been observed in wild animals, including meerkats, it had never been tested specifically on humans before.

The results of the study confirmed that humans display this same behavior pattern. Sleep was spread out among members of the tribe so that approximately 40% of them were awake at any given time. For group safety, someone needed to be alert to sound a warning if enemies or predators show up or be awake to care for ill or wakeful children.

Interestingly, the elder members of this tribe spent the least time asleep and were more likely to wake up early while younger adult members stayed up later. But why?

The study concluded that normal aches and pains of aging, lifestyle choices, such as smartphone use or Netflix binge-watching or the snacks we enjoy at bedtime, aren’t the main reasons we sleep less as we age. The reason the elder tribe members got less sleep than the rest appears to be biological, seated in ancient times.

One of the study authors believes that the primary adaptive evolutionary purpose of people living past reproductive age is to assist in caring for the young. In a tribal setting, where the concept of raising children through village cooperation is strongly modeled, it seems older people sleep less because, in addition to being part of the sentinel watch at night, they’re also the first to rise to watch over waking children while everybody else is still asleep.

So, the next time you have trouble falling asleep or wake up hours before you intended, feel free to blame it on tribal programming and evolution, and be grateful your tribe is safe from the lions, tigers, and bears!