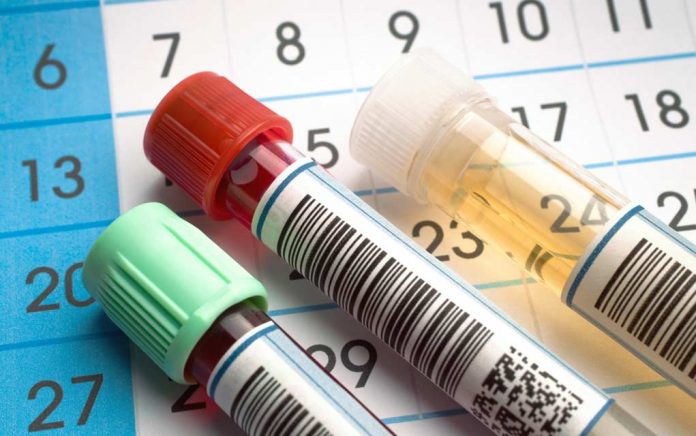 Lab Tests Everyone Over 40 Should Get

(WellnessPursuits.com) – No matter what age we are, it’s so much easier to prevent health problems than to treat them once they begin. But as we reach 40 and beyond, there are certain lab tests it’s a good idea to undergo so that we can stay on top of our health issues and increase our chances of living as well as possible for as long as possible.

While the tests we need may vary according to our personal and family medical histories, here are some of the most common lab results everyone over 40 should have.

Diabetes can occur at any age, but it’s more likely to strike when we’re 45 or older. Other risk factors include being overweight and not taking part in regular physical activity. When we’re over 50, the doctor should routinely check for diabetes. The lab tests the doctor will run include:

Like diabetes, high cholesterol can affect anyone, but our bodies have a harder time clearing cholesterol as we age. Women become more prone to high cholesterol after menopause, or around 55 years old. Since cholesterol increases the risk of heart attack and stroke, it’s important to begin routine testing as early as possible.

A lipid panel is performed after fasting for 12 hours through a blood draw and will include the following cholesterol measurements:

Kidney disease can happen at any age, but kidney function decreases with age — even in those without kidney disease. Health issues that are more common in older people, such as high blood pressure and diabetes, can also increase your risk of kidney damage.

A full kidney evaluation requires both urine and blood samples. A urinalysis is done to check either for protein (albumin), or blood in the urine. Albumin should be less than 2 mg/L normally (results may vary slightly by the lab). Blood should not be present in the urine. If blood is present or albumin exceeds the normal levels, it might indicate a problem with the kidneys and your doctor may choose to pursue additional testing.

A blood sample is used to check the following:

In addition to the tests, there are 2 common formulas that are used as indicators of kidney health. These are:

Early detection is key, so your doctor may run a liver (hepatic) panel, which includes:

If these levels are too high or too low, they may indicate liver disease. It might also be a good idea to be tested for Hepatitis C because many people exhibit no symptoms, but the damage may still be ongoing. Hepatitis C can be contracted from contaminated blood products, sharing needles or from unsterile tattoo equipment.

The risk of prostate cancer increases with age, and men over the age of 55 are most at risk. Therefore, it’s important for men over 50 to have their prostate-specific antigen (PSA) levels checked regularly. While low levels of PSA indicate a healthy prostate, rapid increases may indicate that you have prostate cancer. High PSA levels can also be a sign of prostatitis or inflammation of the prostate.

Anyone can experience hypothyroidism, but the risk increases with age. Underactive thyroid tends to go undiagnosed because a lot of the symptoms of an underactive thyroid — such as fatigue, weight gain, depression and cold intolerance — tend to be attributed to older age. If you suspect you may be suffering from hypothyroidism, ask your doctor to check your thyroid-stimulating hormone (TSH) and thyroid hormones: free thyroxine (T4) and free triiodothyronine (T3) levels.

While lab work is one key to good health, there are a number of other routine exams and diagnostic tests we should have done after 40. These include the following:

A little bit of prevention might be so much easier and less painful than finding remedies after the fact. Staying up-to-date on your lab work, doctor’s appointments and diagnostic screening might be the best gift you ever give yourself. Early detection may help you live a much longer, healthier life.