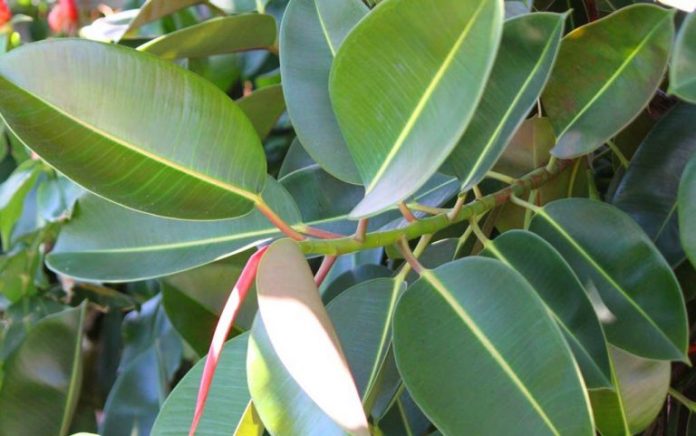 (WellnessPursuits.com) – How clean is the air in your home? It might be more contaminated than you think. Even if you don’t smoke indoors or use a fireplace or wood stove, your air could be riddled with poisons. According to the Environmental Protection Agency (EPA), the air inside your home is likely to be filled with toxic matter from cleaning products, pesticides and chemicals emitted by your carpet and furniture. All of this can lead to headaches, fatigue, dizziness and problems with asthma and allergies — sometimes even lung disease or cancer.

One measure you can take against the indoor air pollution in your home is to fill it with houseplants. A NASA study found houseplants are incredible filters, removing surprising amounts of common poisons from the air. Check out the details we dug up on the plants that made the top of NASA’s list. 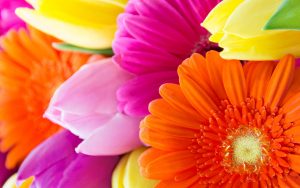 Some are white, but many gerbera daisies come in vibrant hues of red, orange, yellow and salmon. These gorgeous plants need a lot of direct sunlight to stay at their best, but they’re easy to grow as long as you don’t overwater or plant them too deep. They’re also not toxic to children or pets, so they’re a great choice for any home that gets enough sunshine.

In one of its 24-hour tests, NASA found the gerbera daisy was able to pull nearly 39,000 micrograms (mcg) of trichloroethylene (TCE) from an enclosed area. That’s over five times the filtering power of an English ivy plant for that pollutant. TCE is found in degreasers, paints, inks and some textiles, so chances are good that your home contains at least traceable levels of this potentially toxic chemical.

The gerbera daisy also ranked first in its ability to remove benzene from the air — a whopping 107,653 mcg. Compare that to English ivy’s 13,894 mcg in the same 24 hours. Benzene can be found in cigarette smoke, paints, glues, exhaust, dyes, detergents, furniture wax and pesticides, making it another common household toxin. 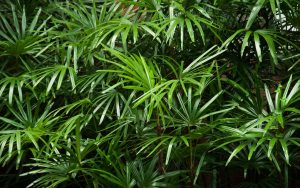 These gorgeous, leafy plants also require quite a bit of sunlight, but they’re otherwise easy to care for. They need good drainage; too much water or not allowing the soil to dry between waterings can cause problems with bamboo palms. With good care, bamboo palms can get quite large. This plant is also nontoxic, so you don’t have to worry about keeping it out of reach of little mouths.

Particle board, cigarette smoke and gas stoves and heaters are all sources of formaldehyde in the home. In NASA’s tests, the bamboo palm removed the highest levels of this possible carcinogen from the air, at 76,707 mcg. Bamboo palm was also able to remove 16,520 mcg of TCE and a little over 34,000 mcg of benzene, making this plant a filtration powerhouse. 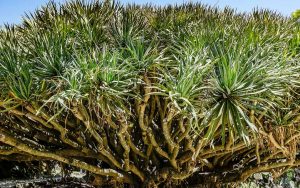 Also called the Madagascar Dragon Tree, the Dracaena Marginata is a whimsical and angular plant that could fit right in with a Dr. Seuss drawing. This species likes indirect sunlight and a light soak only when the topsoil goes dry, making it simple to care for. While it’s considered nontoxic to humans, this plant can cause some people to become sick and can be highly toxic to both dogs and cats.

NASA found marginatas can filter out over 27,000 mcg of TCE, 30,324 mcg of benzene and nearly 25,000 mcg of formaldehyde in 24 hours. This means it’s less effective than the bamboo palm at removing benzene, but far better at removing TCE and formaldehyde. 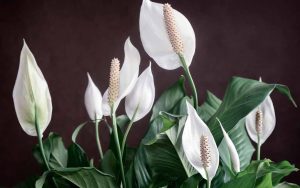 Peace lilies look a lot like calla lilies. Despite their name, they’re not true lilies at all — and not nearly as toxic to humans. They like the shade, so they can handle a dark room just fine. Well-cared for, peace lilies can bloom twice a year, with flowers lasting up to two months. They can be dangerous to cats and dogs and unpleasant when ingested by humans, so they’re best kept away from young children and pets.

The peace lily is another plant NASA found effective at filtering out multiple toxins. It can remove over 27,000 mcg of TCE, 41,392 mcg of benzene and 16,167 mcg of formaldehyde in 24 hours. 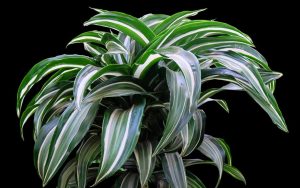 Janet Craig is a tall, lush plant that enjoys filtered light and moderate temperatures. You need to be careful about how you water this one — it’s sensitive to fluoridated water and super picky about its roots getting too wet or too dry. You also want to keep Janet Craig away from pets, although it appears to be nontoxic to humans.

Janet Craig was another real winner in NASA’s experiments, coming only second to the bamboo palm in filtering out formaldehyde, at 48,880 mcg in 24 hours. It can also remove 18,330 mcg of TCE and nearly 26,000 mcg of benzene.

You can enrich your environment and your health by adding more houseplants to your home. A wide variety is best since different plants absorb different types of toxins at different rates, so go crazy and fit in as many as you can. You can check with the Poison Control Center and Pet Poison Helpline to make sure plants aren’t toxic before bringing them into a home with children or pets. There are plenty of varieties that are safe for everyone and great for indoor air quality.