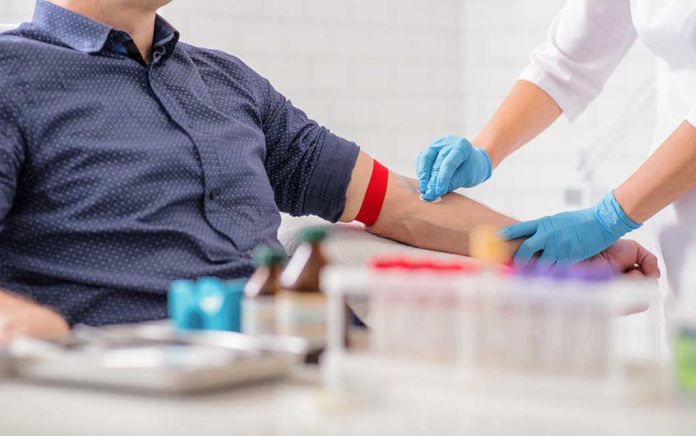 (WellnessPursuits.com) – Medicine is making great strides in treating what ails us, which gives hope to nearly one million people living with Parkinson’s disease in the United States. Researchers have found better ways to manage the disease, and they can even identify the disease much earlier than before. There is even a possible treatment on the horizon. In the meantime, a new blood test is in development to make management of the disease much easier.

The Progression of Parkinson’s Disease

Parkinson’s is a progressive disease that has five stages. But the progression is different for everyone. It can progress at different rates and exhibit different symptoms. One person may have some symptoms that another doesn’t. It really depends on the individual, and that’s what makes progression prediction so difficult.

As you can imagine, Parkinson’s requires different levels of care as the disease progresses. But it can be difficult to predict where the disease is going to go next. This is where the new blood test can help.

A new blood test has been developed and is in testing that measures inflammatory and cell senescence biomarkers to help doctors predict how Parkinson’s will progress in individuals. This snapshot in time would enable practitioners to look into the future and make therapeutic decisions based on how the disease will progress and/or react. Currently, they can only rely on clinical symptoms after they appear.

What it Means for Parkinson’s Disease Management

This new blood test could have a huge impact on how Parkinson’s is managed and treated in the future. As new treatments become available, practitioners will be able to better match patients with proper treatment, based on their predicted disease timeline.

It will also help them decide when to start certain treatments or therapies in anticipation of new symptoms. All in all, it will help in treatment planning and may even influence the way future trials of disease-modifying interventions are performed in the future. While some human testing has already been performed, more trials are necessary before the new test can be brought to market. The prospects look bright based on current testing.

If medical professionals can predict how Parkinson’s will progress with each individual, they can better tailor therapies to meet the needs of that individual. This new blood test could give them a glimpse into the future and allow them to anticipate and find solutions for problems before they arise, rather than scramble to catch up once symptoms present themselves.