(WellnessPursuits) – Everyone knows how it feels to wake up feeling like you got zero sleep the night before. While being groggy can be a total bummer, if you are regularly getting fewer than 6 hours of sleep each night, you may unknowingly be adding extra inches to your waistline as well.

If you are trying to get in shape and work on your health, sleep should be a very necessary component of your fitness routine.

In fact, research shows that getting more sleep could be just as effective for losing weight as sweating it out at the gym.

1. Cuts Down on Snacking

The longer you stay up at night, the greater your chances are of getting bored and ultimately feeling hungry. Snacking late at night is a quick way to add unnecessary calories to your diet, which can lead to gaining up to 2 pounds a week, according to studies conducted at the University of Pennsylvania.

Recent studies conducted by researchers there found that people who slept less, gained much more over time than those who were getting at least 8 hours of sleep each night.

2. You Actually Burn Calories While Sleeping

It’s no secret that getting a good night’s rest definitely leaves you feeling more energized the next morning. But did you know that sleep also allows your body to burn off a ton of calories?

Studies conducted by the American Journal of Clinical Nutrition found that people who sleep normally have a resting energy expenditure —otherwise known as the amount of calories you burn while at rest— that is 5 percent higher than people who aren’t getting enough sleep.

Additionally, people who are better rested burn about 20 percent more calories after they eat than their tired and groggy peers do.

You can follow the exact same meal plan and exercise schedule as your best friend, but if they are getting more sleep than you at night they are going to drop more fat than you will… period.

New studies show that when comparing people who were on the same exact diet but different sleeping schedules, test subjects lost the same amount of weight but those who got more sleep were able to say that more than half of the weight they lost was fat.

4. Your Brain is Focused

As you start to get more sleep you quickly start to feel like you are more focused, your temperament is improved and you are performing better in multiple aspects of your life.

This is due in a large part to the fact that getting more sleep affects your brain in many positive ways chemically. In turn, when you’re well-rested your brain is firing on all cylinders and you are less likely to give into cravings or skip the occasional workout.

Sleep-deprived people tend to overcompensate when it comes to the size of their portions by around 35 additional calories, according to a recent Swedish study. Additionally, it is important to never head out to the grocery store if you are hungry or sleepy.

A recent study published by Obesity journal revealed that men who were sleep-deprived tended to buy nearly 1,300 more calories in food than men who were well-rested.

What was even more eye-opening about this particular study was the fact that all of the participants had been fed a standardized meal before the test, showing that the lack of sleep was directly tied to how the men shopped for food.

10 Foods You Should Never Refrigerate 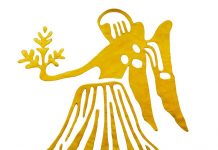 Why You Want a Virgo in Your Life 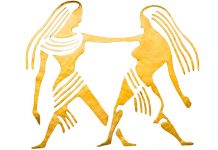 Why You Want a Gemini in Your Life 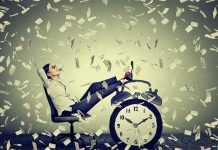 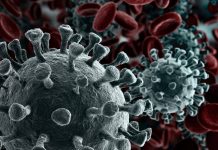 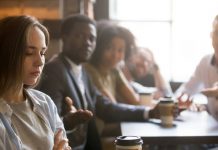 6 Types of “Friends” to Avoid

5 Things Your Marriage Needs to Make it Last

What Your Nails Say about Your Health

Why You Want a Pisces in Your Life

True Love vs. Lust: How to Tell If They’re “The One”

What Do Men Really Want?