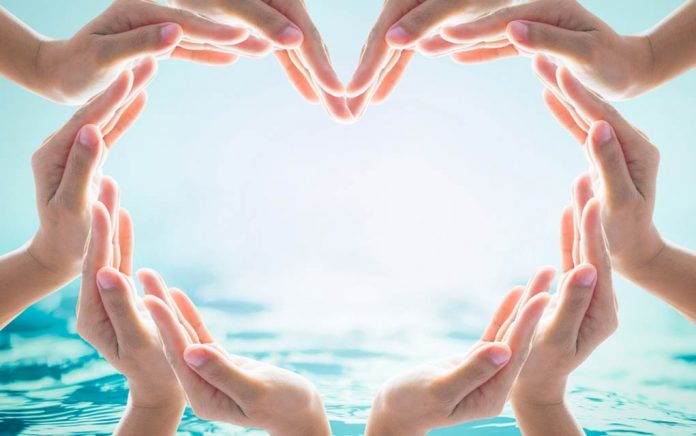 (WellnessPursuits.com) – Sometimes we just need to be reminded of the innate goodness of other human beings. Stories of Random Acts of Kindness (RAOK) can help change your outlook, boost your gratitude, and just make you feel a little better about everything. We’re hoping these four stories of ROAK make your day. Who knows? Maybe you’ll become inspired to perform your own random acts of kindness!

Reddit user CeeDiddy82 shared a heartwarming account of a stranger who stepped in after a banking mixup:

The original poster (OP) had worked an extra-long shift (14 hours), so she stopped at a sandwich shop for dinner on her way home. She ordered and received an Italian sub and handed her bank card to the counter employee to pay, but the card was declined. Knowing she had more than sufficient funds in her account to pay for a sandwich — she lived frugally and worked at a good job, so she was saving money — she asked the employee to try again. Again, it was declined. Stunned, exhausted, hungry, embarrassed and now in tears, the OP thanked the employee for trying and turned to leave.

Suddenly, the lady in line behind her called for her to stop and told the employee that she would pay for the OP’s sandwich! The OP thanked her and asked for her information so that she could pay her back. Instead, the lady asked that the OP pay the kindness forward when she could.

True to her word, the OP has made a point of helping when she sees someone’s card declined. Since she received help, she has helped approximately a dozen others with something as simple as a cup of coffee to something as compassionate cans of baby formula when the cards of others have been declined — all inspired by one little Italian sub.

2. A Stranger at a Grocery Store Made a Difference

Leslie had shopped for groceries, but at check-out discovered she was short of the funds she needed (less than $15 short). She started taking things out of her grocery bags to reduce her bill when another shopper handed her a $20 bill.

She protested, not wanting to be a burden, but he told her a story that helped her accept his kindness. He explained that every day, he went to the hospital to visit his mother, who was fighting cancer. And every day, he would buy and take flowers to her. However, instead of making her happy, like they used to, the flowers made his mother sad and a little angry that he was spending so much money on flowers that would wilt and die so quickly. So his mother asked him to stop buying her flowers and to spend his money on something else. To his way of thinking, showing kindness to a stranger, helping someone in need, was the very best way he could honor his mother.

3. An Employee Goes Above and Beyond

Michelle Arnold from Santee, California, recalled her story for Reader’s Digest, also. Michelle got lost while trying to get home after attending a party in an unfamiliar area. Upon discovering that she was well and truly lost, Michelle pulled over to the shoulder of the freeway she was on and called her roadside assistance provider. Although the operator she talked to tried to connect her to the state Highway Patrol, she was unable to complete the call for her.

Reddit user Totikoritsi (TK) was also blessed by kind individuals who made her feel special as she recovered from a rare condition. Initially, she was hospitalized in the intensive care unit (ICU), placed on a ventilator under heavy sedation. Even so, she was still responsive and she remembered the kindness of two nurses in particular.

The first nurse announced her name and let her know that her grandparents would be coming to visit. She used a rinse-free shampoo, brushed, then braided TK’s hair and finally put it in a bun on her head. At a time when everyone had been so focused on simply keeping TK alive, it meant a lot to her that someone cared how she felt about how she might look, too.

TK never learned the name of the second nurse whose kindness came to mean so much to her. While still on the ventilator, TK had to undergo a marathon MRI session. It was a new experience, she was altered by medications and she was unable to move — she cried and panicked. The nurse was there to hold her hand when she was outside the MRI tube and to reassure her that she was doing great and that she was almost done. That nurse’s hand became her comfort, and she held onto the reassuring voice to get through the experience. Those kindnesses still bring her to tears.

There are kind, generous, compassionate people out there — normal human beings who make a difference in the lives of others with sometimes simple sometimes heroic acts of kindness. We hope these stories buoy your day, restore some faith in humanity and inspire you in some way. Kudos to everyone who makes the world a better place, one small act of kindness at a time.