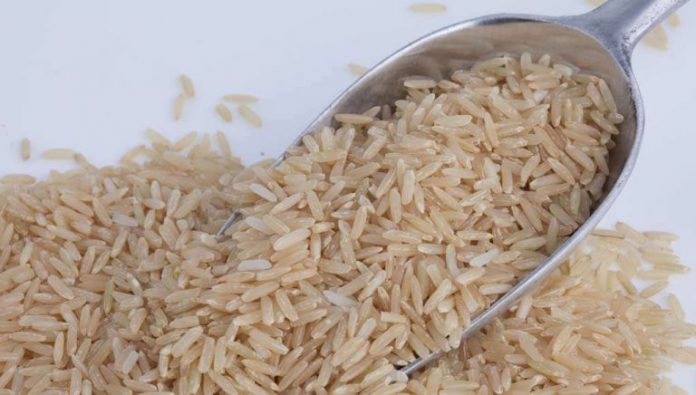 Alert! Dangerous Levels of Arsenic Found in Most Rice

(WellnessPursuits.com) – Many people enjoy rice at least once in a while.  The grain is well-known for its health benefits, especially as a great source of nutrients like magnesium, selenium, B vitamins, manganese and fiber.  What you may not realize is that rice is also a source of arsenic. Check this out before you make your favorite rice dish again.

So here’s your science lesson for the day. Organic arsenic is harmless and occurs naturally in water and soil, and it’s absorbed by plants during the growing process. Rice, however, also absorbs inorganic arsenic. While other fruits and vegetables can also absorb inorganic arsenic, rice has been found to be the one food that absorbs it most, putting the population at risk of overexposure.

These molecules, which also occur in nature, are shaped differently and do not bind to carbon the way organic arsenic does, making it toxic. Food testing has found potentially dangerous levels of arsenic in rice and rice products, like rice milk, rice cereal and rice bran.

So why does this matter? The health consequences associated with exposure to arsenic range from short-term GI symptoms, like nausea, diarrhea, and vomiting, to long-term issues including birth defects, cancers, kidney and liver damage, heart disease, high blood pressure, and diabetes. Excessive amounts of arsenic can even be fatal.

Logic might dictate that the small amount of arsenic found in rice won’t affect you. But believe it or not, research conducted by Consumer Reports found that people who ate rice regularly had 44% more arsenic in their urine than those who didn’t.

The bottom line? If you’re eating rice every day, or multiple times a week, there is cause for concern. Those who follow Asian-based or gluten-free diets may be most at risk.

Choosing the Right Type of Rice

So what can you do about it? The type of rice you’re eating makes a difference, since certain kinds contain more inorganic arsenic than others. Despite its reputation as a healthier choice, brown rice is one of the worst offenders.

This is because the outer layer, known as bran, is where the arsenic accumulates in brown rice. That bran layer is removed in the processing of white rice. Every piece of Indian basmati and Thai jasmine rice have been found to contain the lowest levels of arsenic.

Don’t forget to read your packaging labels. Where your rice was grown also matters. Consumer Reports found that all types of rice from California contained 38 percent less arsenic than rice from the rest of the United States — or Arkansas, Louisiana and Texas, in particular. Rice from Pakistan and India also had lower amounts of arsenic.

There’s good news. It’s definitely possible to avoid dangerous levels of arsenic in rice by simply changing your cooking and preparation methods. Keep the following tips in mind the next time you make rice:

Consider Switching to Other Grains

Does this all sound like too much work? You may want to consider incorporating other grains into your diet. Quinoa, buckwheat, millet, amaranth and polenta all contain lower levels of inorganic arsenic than rice — and they’re gluten-free. Barley, bulgur and farro also contain low levels of arsenic. While it’s not necessary to give up rice altogether, opting for other grains at least a few times a week can help reduce your risk.

In short, you don’t have to give up rice altogether. Just be sure you become more conscious of where you’re getting it, how you’re preparing it,  and how much you’re eating.