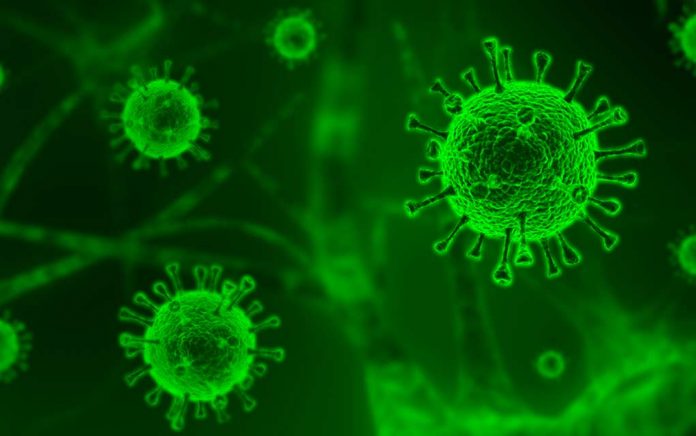 The US had 1,244,302 reported cases and 72,867 deaths. New York accounted for 330,139 of those cases and 25,436 of those deaths. New Jersey, Massachusetts, Illinois, California, Pennsylvania, Michigan, Florida, Texas, Connecticut, Georgia and Louisiana were the states with the next highest numbers of reported cases (all above 30,000).

The US had 1,046,052 reported cases and 60,111 deaths. New York accounted for 305,086 of those cases and 23,474 of those deaths. New Jersey, Massachusetts, Illinois, California, Pennsylvania, Michigan, Florida, Louisiana, Texas, Connecticut and Georgia were the states with the next highest numbers of reported cases (all above 25,000).

New Hope on the Horizon

A new antiviral drug was given an Emergency Use Authorization (EUA) by the Food and Drug Administration (FDA) on May 1. Remdesivir received the authorization after the release of favorable preliminary reports from clinical trials on April 29.

The Centers for Disease Control and Prevention (CDC) issued additional guidance and training for contact tracing while pulling back on social distancing guidelines in favor of state policies.

States which could be reopening soon include Arizona, Arkansas, New Hampshire, North Carolina, Pennsylvania and Rhode Island. Time frames vary from May 15 to the end of the month.

In the remaining 21 states which remain closed down, the situation is developing. Most states have still shut down all but essential businesses and are requesting residents to remain at home, except when participating in life-sustaining activities as defined by their state. Essential businesses and jobs are exempt.

Essential and life-sustaining businesses in all communities — grocery stores, pharmacies, gas stations, medical clinics and restaurant delivery/take-out services — remain open. Elective medical and dental procedures in most states are still postponed or rescheduled, although the nine states mentioned above are reopening certain medical and dental services this week with prior qualified testing and new safety requirements in place. Check with your provider to be sure about status.

All states have closed schools for extended periods of time, with many shut down until the end of the academic year or until further notice. Most schools and colleges are conducting online learning. Commencements have been delayed or postponed for most high schools, colleges and universities. Some institutions are making arrangements for graduates to walk with future graduating classes.

The Centers for Disease Control and Prevention (CDC) issued new guidance and training for contact tracing. The guidelines on social distancing are no longer being maintained by the CDC, but many states are continuing to follow the guidance. Other guidelines are in effect, including the hand hygiene guidelines. It is still advisable to:

Another 3.84 million people filed for unemployment claims last week, joining more than 26.5 million already unemployed in the US — suggesting a current unemployment rate of over 20% and an estimated total of nearly 31 million job losses. While additional claims may continue to be filed, experts believe the majority of claims have been made.

Remdesivir, an antiviral originally formulated to combat ebola, has shown promise in the preliminary results from a clinical trial, which ended early. Based on those results, the FDA issued an Emergency Use Authorization (EUA) for Remdesivir to be used in the treatment of COVID-19. Additional clinical trials are on-going for Remdesivir, as well as for other antivirals and for convalescent plasma.

Results from the Adaptive COVID-19 Treatment Trial (ACTT) were released Wednesday, April 29, after being reviewed by the data and safety monitoring board overseeing the trial. The study indicated that patients who received Remdesivir had a 31% faster recovery time, recovering in an average of 11 days. Those who did not receive the drug in the double-blind study took an average of 15 days to recover.

In other medical news, the Institute for Health Metrics and Evaluation at the University of Washington revised its estimate for the number of casualties the US is likely to see from the pandemic. Based on previous data input, their model had predicted a death toll of as little as 60,000 or as much as 200,000. Given new data as states reopen and social distancing is eased, their prediction has risen to a range of 95,092 to 242,890 deaths with their best estimate being at about 135,000. Modeling a system so dynamic with so many independent variables is challenging, at best. Several models have been proposed, but the University of Washington model has been preferred by the White House. More time and data will be required before any model can provide more accuracy.

States are doing what they can to maintain lower case numbers by encouraging social distancing where possible, strongly encouraging facial coverings where distance is not possible and maintaining hand hygiene and disinfection protocols. States will begin to use contact tracing and isolation to follow up infections. We can help by being wise about when and where we choose to be out and by continuing to practice good personal hygiene and social distancing. While we’re happy for another medicine in the arsenal, nobody wants to have to use it.