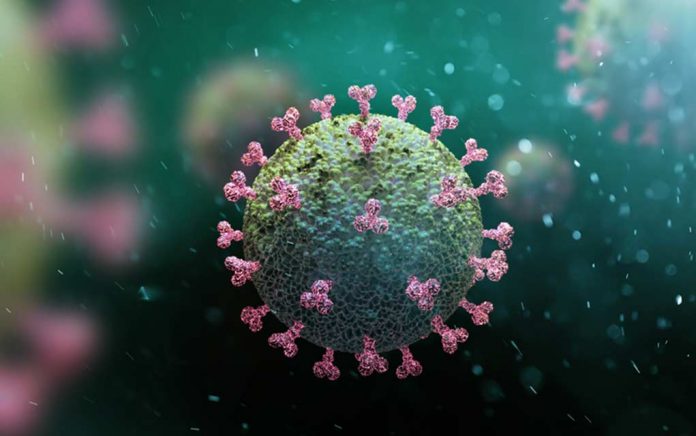 The US had 822,572 reported cases and 46,054 deaths. New York accounted for 256,555 of those cases and 20,167 of those deaths. New Jersey, Massachusetts, California, Pennsylvania, Illinois, Michigan, Florida, Louisiana, Georgia, Texas and Connecticut were the states with the next highest numbers of reported cases (all above 20,000).

The US Military reported 5,575 cases and 22 deaths. The Navajo Nation reported 1,321 cases and 45 deaths. Federal Prisons reported 863 cases and 23 deaths. The US experienced its worst day for deaths so far on Tuesday, April 21, with 2,804 reported.

The US had 618,893 reported cases and 27,086 deaths. New York accounted for 203,123 of those cases and 11,586 of those deaths. New Jersey, Massachusetts, Michigan, Pennsylvania, California, Illinois, Florida, Louisiana, Texas, Georgia, Connecticut, Washington and Maryland were the states with the next highest numbers of reported cases (all above 10,000).

Last Thursday, April 16, President Trump announced the Guidelines for Opening Up America Again, a document released through the White House in combination with the Coronavirus Task Force.

Although it does not suggest specific dates or timeframes, the document suggests guidelines by which governors should proceed to reopen their states and the benchmarks they should use at each stage. Several states had already formed regional pacts to assist each other in a staged reopening, and several governors have announced their own phased plans for reopening.

Here are some of the other highlights of the week.

As of this week, 43 states and the District of Columbia (which account for about 90% of the US population) are still under stay-at-home orders activated by state governments, most until at least the end of April. Most states have shut down all but essential businesses and are requesting residents to remain at home, except when participating in life-sustaining activities as defined by their state. Essential businesses and jobs are exempt. A few states are beginning to open certain aspects (parks, beaches and fishing areas) in phases as early as Friday, April 24, while asking residents to continue to use social distancing.

Essential and life-sustaining businesses in all communities — grocery stores, pharmacies, gas stations, medical clinics and restaurant delivery/take-out services — remain open. Elective medical and dental procedures in most states are still postponed or rescheduled, although select states are reopening certain medical and dental services this week with prior qualified testing and new safety requirements in place. Check with your provider about postponements or changes to an electronic format.

All states have closed schools for extended periods of time, with many shut down until the end of the academic year or until further notice. Most schools and colleges are conducting online learning. It seems likely that commencements will be delayed for most high schools, colleges and universities.

Most states are requiring entrants to undergo a 2-week self-quarantine. In addition, Dare County in North Carolina has restricted entry to permanent residents with identification only, stopping visitors and non-residents from entering. Puerto Rico imposed a 14-day self-quarantine on anyone traveling to the island.

No new guidance was issued last week by the Centers for Disease Control and Prevention (CDC), but the current social distancing and hand hygiene guidelines remain in effect. Under those guidelines, you should:

Over 5 million people filed unemployment claims last week, joining the more than 17 million who have already placed claims since mid-March, bringing the total to over 22 million unemployed in the US — suggesting a current unemployment rate of approximately 17%. While additional claims will continue to be filed, experts believe the majority of claims have been made.

While additional funding has been set aside by the federal government to assist state governments in meeting unemployment insurance payments, many state systems were overwhelmed by the sheer volume of claims, but are catching up. Government and private businesses are striving to meet this economic need in several ways:

Researchers at the Cleveland Clinic have been testing the five most commonly used COVID-19 tests for accuracy and sensitivity. Unfortunately, the Abbott ID NOW test, which produces results in about 15 minutes, has shown false negatives nearly 15% of the time. This is the worst showing of the five tests, meaning that Cleveland Clinic considers it the least reliable. According to Dr. Gary Procop, head of COVID-19 testing for the Cleveland Clinic and lead researcher, the test needs to be at least 95% reliable (less than 5% false negatives).

False negatives potentially put additional people at risk of infection because unreliable testing is indicating someone is negative when, in fact, they are positive. Based on Procop’s study, the Cleveland Clinic has stopped using the ID NOW test. Instead, for fast testing, they rely on a test made by Cepheid, which showed 98.2% reliability and produced results in less than an hour.

While Abbott contends that the results are skewed because samples were held in a transport media, the Cleveland Clinic was not comfortable enough with the results to continue using the test because they felt continuing to do so could potentially put patients and staff at risk. Dr. Procop, who chairs the Commission of Science, Technology and Policy for the American Society for Clinical Pathology, will be publishing his findings soon. Testing is a key requirement in the plan to reopen the US.

As states prepare to reopen and slowly establish some semblance of a return to business and jobs, social distancing is still recommended. Vaccines and treatments are still under development, and containment and mitigation are still the main tools being used to control infections. The infection rate might be on a plateau, but we don’t have enough data yet to conclusively say that we’re on a downward trend. But we can hope and prepare.