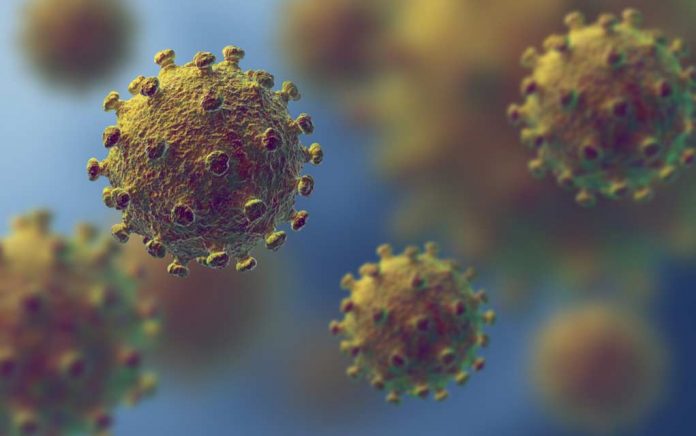 New York accounted for 362,630 of those cases and 28,648 of those deaths. New Jersey, Illinois, Massachusetts, California, Pennsylvania, Michigan, Texas, Florida and Maryland were the states with the next highest numbers of reported cases (all above 42,000).

New York accounted for 350,582 of those cases and 27,282 of those deaths. New Jersey, Illinois, Massachusetts, California, Pennsylvania, Michigan, Florida, Texas, Georgia and Maryland were the states with the next highest numbers of reported cases (all above 35,000).

As of this week, 44 states have reopened to varying degrees. States that have begun to reopen include:

Some restrictions remain in place in most areas, but they vary according to state. Retail, restaurants, personal care businesses, and outdoor recreation are open in most of the states that have reopened with restrictions unique to each and, in some cases, each city.

States and territories that will be opening next week include Connecticut, Kentucky and Puerto Rico. Restrictions vary widely among these three locations. Puerto Rico is still the most restricted but the stay-at-home curfew is set to expire on May 25.

All states except Montana have closed schools for extended periods of time, with many shut down until the end of the academic year or until further notice. Most schools and colleges conducted online learning. Many districts have now dismissed students for the summer break. Commencements have been delayed or postponed for most high schools, colleges and universities. Some institutions found unique ways to celebrate their graduates at a distance, including car parades and online ceremonies. Many institutions are making arrangements for graduates to walk with future graduating classes. Decisions about fall classes will be made at a later time in most cases.

Resurgence of Cases In Some Reopened States

In the case of Texas, for example, the stay-at-home order ended April 30. There has been a 27.51% increase in the number of active reported cases as of May 20, going from 15,146 cases as of April 30 to 20,893 cases as of May 20. But if we go strictly by the percentage of increase, then places like Arkansas look alarmingly worse with an increase of nearly 50%. Overall trends might be more important as signals than absolute numbers.

Many states and territories, 25, in fact, are remaining roughly steady on the number of cases they are reporting, neither increasing or declining. The remaining 19 states and the District of Columbia are seeing decreases.

Two new antibodies have been discovered by researchers. One was laboratory-developed while the other came from a SARS survivor. While both antibodies were successful against the SARS-COV-2 virus in the laboratory, more testing will be required to see how they would perform in living beings.

The Centers for Disease Control and Prevention (CDC) issued comprehensive new guidance late last week for reopening and for contact tracing. The guidelines on social distancing are no longer being maintained by the CDC, but many states are continuing to follow past guidance. Other guidelines are in effect, including the hand hygiene guidelines. It is still advisable to:

Another 2.4 million people filed for unemployment claims last week, joining more than 34 million already unemployed in the US — suggesting a current unemployment rate of over 20% and an estimated total of over 36.5 million job losses. While additional claims may continue to be filed, experts believe the majority of claims have been made.

As of May 20 at 1 pm Eastern time (1700 GMT), the US has officially run more than 12,788,525 tests for COVID-19. It has run approximately 2.76 million of those tests since last week (May 13). President Trump had said his goal was to increase testing to 2 million tests per week by the end of the month. Some leading researchers have estimated that a capacity of 3-4 million tests per week would be needed for the economy to fully reopen safely. Admiral Brett Giroir, the Health and Human Services (HHS) Testing Czar said that they were working to provide the ability to test up to 50 million people per month by September. That number may still be a bit low based on recommendations by the Rockefeller Foundation which call for testing capability to be ramped to 30 million tests per week by October.

In the last week, two different research teams came forward with two different antibodies that look promising in the laboratory. Sorrento, a therapeutics company, came forward with an antibody developed and tested against the SARS-COV-2 virus in the laboratory successfully. They’ve labeled the proprietary antibody STI-1499 and intend to make it part of a cocktail of antibodies designed to combat the effects of viral mutation. They intend to call the resulting cocktail COVID-SHIELD and hope to begin animal studies and then human studies.

A 2003 survivor of SARS was host to the other antibody, dubbed S309. The research was a collaboration between the University of Washington and Humabs Biomed, SA in Switzerland. What they found was an antibody already hosted by a human who had survived a different variant of coronavirus that seems to be effective against both SARS and COVID-19. The plan is to fast track development and testing at Humab’s parent company, Vir Biotechnology, as a next step toward possible clinical trials. Clinical trials are expected to begin this summer.