(WellnessPursuits.com) – We’d all like to believe that the food we purchase from reputable grocery stores comes from safe, healthy sources. We choose lean cuts of meat and may even make our burgers with turkey instead of beef. But what happens if the pork and turkey products you’re consuming have a poisonous additive — one that’s even been banned in China? As a matter of fact, no other food additive has ever received as many complaints.

Meat manufacturers are always looking for ways to push production, making it faster and cheaper. US farmers turned to feed additives to add quick, weight to their livestock. Anywhere from 60 to 80% of pigs, in addition to a high number of turkey and cattle, are given the drug ractopamine.

What manufacturers don’t want us to know is that ractopamine hasn’t just been banned in China. Even the European Food Safety Authority has shunned it because of its potentially dangerous health effects. Since farmers don’t need to get a prescription for it, there are no vets overseeing the doses livestock receive. So while ractopamine levels can be measured, they often aren’t — which means there’s no way for us to know how much is in the random cuts of meat we pick up at the grocery store each week. Yet, for some reason, the FDA has approved it for use in the US.

The Effects of Ractopamine

While any type of livestock can be affected, the FDA has received more than 160,000 reports on pigs adversely impacted by ractopamine. No other food additive has ever been associated with this many complaints. The reports include concerns about behavioral problems, reproductive issues, musculoskeletal disorders, and even heart disease. Some of the animals become lame, and many die. Is that really something we should be eating?

Scientists do not know the long-term impacts of ractopamine on humans. The Sichuan Pork Trade Chamber of Commerce in China reports more than 1,700 people poisoned by the drug between 1998 and 2010. Most of them presented with heart symptoms, including racing and pounding heartbeats.

The fact that the US has turned a blind eye on human health by allowing ractopamine to be used in feed has caused international tension. The US has been cut out of some global meat markets, especially in places like Russia and China, where the drug is banned.

There is nothing you can do to find out if there is ractopamine in the usual meat you purchase from the grocery store. The only thing you can do to protect yourself is to limit yourself to buying grass fed, organically farmed meats. You can contact your local farms to ensure that they’re not supplementing their feed with any that contain ractopamine.

Organically farmed meats cost more, but it’s clearly worth it. Until the FDA rules out the use of ractopamine, we have to look to our own research and choices to protect our families. 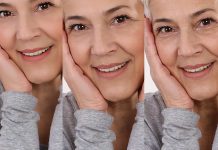 Live Longer by Doing THIS 4 Times a Year! 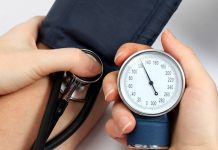 Why You Want a Capricorn in Your Life

Coronavirus And Its Variants – How To Lower Your Risk

5 Surprising Ways to Add More WOW to Your Relationship

How A Man Shows A Woman She’s Truly Loved