(WellnessPursuits.com) – As we reached the end of July, the US surpassed more than 4.5 million reported cases of COVID-19 and seen more than 155,000 related deaths. These are grim milestones, and they do not signify an end to this pandemic. Several states are still fighting massive infection numbers, and the US military is facing infection rates which are higher than that of the average population as well.

We have more details and highlights from the week:

All states (except Montana and Wyoming) had closed schools for extended periods before the summer break, with many shut down until the end of the academic school year or until further notice. Most schools and colleges conducted online learning. Debates are raging in many larger cities where infection rates are higher about whether schools can reopen safely. Decisions about fall classes are being made at the state and even county levels. Some decisions may not be final until shortly before classes are due to resume. We will continue to monitor and let you know more as information becomes available.

Another 1.43 million people filed for unemployment claims last week, joining the more than 52 million already unemployed in the US — suggesting an estimated total of nearly 53.5 million job losses throughout the run of the pandemic thus far. This marks the 19th consecutive week that claim numbers have exceeded 1 million and the second week that claims have risen again. Additional claims are likely to continue to be filed. Continuing claims rose to 17.01 million, up by nearly 0.87 million.

The Labor Department estimated on July 23 that approximately 31.8 million workers are currently unemployed. Some economists are softening that number slightly to 30 million. That still implies a 20% unemployment rate.

As of July 29 at 1 pm Eastern time (1700 GMT), the US has officially run more than 55,852,995 tests for COVID-19. It has run approximately 5.16 million of those tests since last week (June 24). Some leading researchers have estimated that a capacity of 3-4 million tests per week is needed for the economy to fully reopen safely. Admiral Brett Giroir, the Health and Human Services (HHS) Testing Czar said that they were working to provide the ability to test up to 50 million people per month by September. That number may still be a bit low based on recommendations by the Rockefeller Foundation, which calls for testing capability to be ramped to 30 million tests per week by October.

For reference purposes, the military currently includes about 1.3 million active-duty personnel. The state of New Hampshire has an estimated population of 1.35 million. New Hampshire has experienced a total number of 6,544 reported cases thus far, but currently only has 407 active cases, and is experiencing declining numbers.

Many people have become somewhat lax about maintaining safety protocols. But time and again, we’ve seen that nobody is safe from this virus, and the effect can be mild to non-existent or it can be life-threatening and devastating. It is our sincere hope and wish that everyone stays safe. 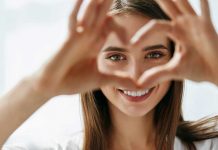