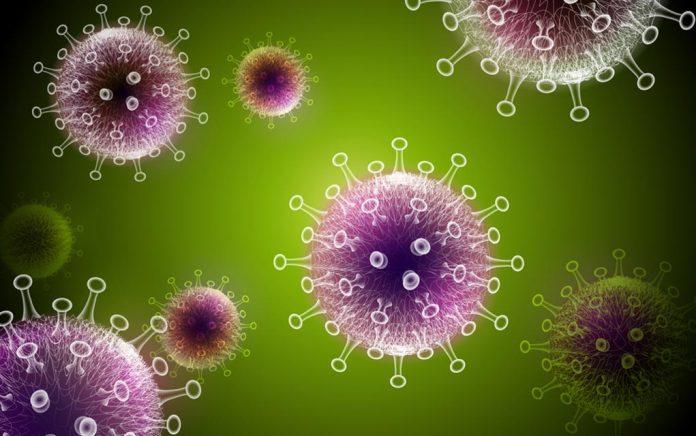 (WellnessPursuits.com) – As massive protests broke out in cities all over the US and the world, social distancing appeared to have become a thing of the past for tens of thousands of people. Protests broke out over the death of George Floyd, who died while in police custody in Minneapolis, MN.

Early protests, especially, were marked by violence, rioting, and destruction, but later protests found city and police officials marching with protesters peacefully and honoring their message. How these massive gatherings might affect infection rates in days and weeks to come has yet to be seen.

The US had 1,888,888 reported cases and 108,449 deaths. New York accounted for 381,912 of those cases and 30,078 of those deaths. New Jersey, Illinois, California, Massachusetts, Pennsylvania, Texas, Florida and Michigan were the states with the next highest numbers of reported cases (all above 57,000).

The US had 1,733,961 reported cases and 101,141 deaths. New York accounted for 373,622 of those cases and 29,451 of those deaths. New Jersey, Illinois, California, Massachusetts, Pennsylvania, Texas, Michigan and Florida were the states with the next highest numbers of reported cases (all above 52,000).

Some restrictions remain in place in most areas, but they vary according to state.

Retail, restaurants, personal care businesses, and outdoor recreation are open in most of the states that have reopened with restrictions unique to each and, in some cases, each city.

New Jersey will be reopening next week. Some restrictions have already eased, The following amenities have reopened: golf courses, outdoor recreational businesses, beaches, construction and retail stores open to curbside pickup. New Jersey’s governor has announced that outdoor graduations may proceed in mid-July so long as social distancing is observed.

All states except Montana and Wyoming had closed schools for extended periods of time before the summer break, with many shut down until the end of the academic school year or until further notice. Most schools and colleges conducted online learning. Most districts have now dismissed students for the summer break.

Commencements have been delayed or postponed for most high schools, colleges and universities. Many institutions are making arrangements for graduates to walk with future graduating classes. Decisions about fall classes will be made at a later time as more information becomes available.

A total of 11 states and one territory have imposed self-quarantines upon individuals entering from specific “hot” infection zones in an attempt to keep citizens of their states safer. These states include Alaska, Arkansas, Florida, Hawaii, Kansas, Maine, New Mexico, North Dakota, Oklahoma, Rhode Island and Vermont. Most of those states are requiring entrants to undergo a 14-day self-quarantine.

Another 2.1 million people filed for unemployment claims last week, joining more than 38.5 million already unemployed in the US — suggesting a current unemployment rate of over 22.5% and an estimated total of over 40.6 million job losses. While 2.1 million is a large number of claims, it is a decline from the previous week. We have seen three weeks of declines in claims. Additional claims may continue to be filed.

As of June 3 at 1 pm Eastern time (1700 GMT), the US has officially run more than 18,792,497 tests for COVID-19. It has run approximately 3.16 million of those tests since last week (May 27). Some leading researchers have estimated that a capacity of 3-4 million tests per week is needed for the economy to fully reopen safely. Admiral Brett Giroir, the Health and Human Services (HHS) Testing Czar said that they were working to provide the ability to test up to 50 million people per month by September. That number may still be a bit low based on recommendations by the Rockefeller Foundation, which call for testing capability to be ramped to 30 million tests per week by October.

No Summer Break From COVID?

In a well-written blog posted by Dr. Francis Collins, the director of the NIH, he explained why it seems unlikely that we will see a major decline in COVID cases this summer. Experts had originally hoped that the virus would decline in the face of warmer weather. But because of the lack of herd immunity and based on how the virus is propagating in warmer climates like Brazil (which now has the second-highest number of infections in the world and cases are climbing rapidly), it is extremely unlikely that we will see much of a decline based solely on weather and climate.

Dr. Collins’s predictions aren’t based solely on opinion, but rather on hard science and on studies performed on similar viruses. Using mathematical models to help predict possible outcomes and the probabilities of each of those potential outcomes, it became more clear that because the virus can spread so rapidly among a large population of individuals with essentially no immunity, it shows no signs of slowing based on seasonality. Once a large enough portion of the population begins to build an immunity, we may see seasonal slowing as we do for colds and flu.