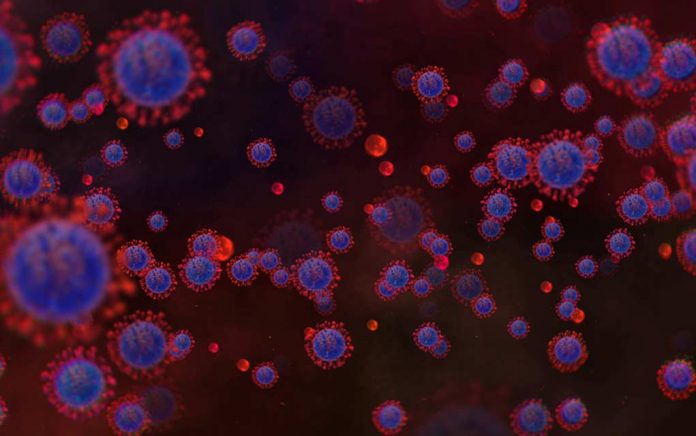 (WellnessPursuits.com) – Cases in the United States have increased to their highest levels since April, and many states, including California and Texas, are seeing record numbers of COVID-19 infections. On Tuesday, June 23, alone, California recorded over 7,000 new cases of COVID-19, while Texas reported over 6,000 new cases on Wednesday, June 24. Both states are still trending up on the first wave.

Almost as if in response to the mounting new cases, Dr. Francis Collins, Director of the National Institutes of Health (NIH), posted a blog pointing out a new study, pre-released on June 8 ahead of publication in Nature, that highlighted how many hundreds of millions of cases have been prevented or delayed (and therefore possibly lives saved) by the historic public health campaigns which have been undertaken in several countries worldwide.

We have more details on these and other highlights from the week:

All states, except Montana and Wyoming, had closed schools for extended periods of time before the summer break, with many shut down until the end of the academic school year or until further notice. Most schools and colleges conducted online learning. Most districts have now dismissed students for the summer break. Commencements have been delayed or postponed for most high schools, colleges and universities. Many institutions are making arrangements for graduates to walk with future graduating classes. Decisions about fall classes will be made at a later time as more information becomes available.

A total of 12 states still have self-quarantines upon individuals entering from specific “hot” infection zones in an attempt to keep citizens of their states safer. As of June 24, Connecticut, New Jersey and New York are requiring a 14-day quarantine for travelers arriving from states with high infection rates. They currently consider those states to include Alabama, Arkansas, Arizona, Florida, North Carolina, South Carolina, Texas and Utah. Additional states enforcing quarantines include Alaska, Florida, Kansas, Maine, New Mexico, North Dakota, Rhode Island, Utah and Vermont. Most of those states are requiring entrants to undergo a 14-day self-quarantine, although Utah is requesting entrants to fill out and file forms with the health department.

Another 1.48 million people filed for unemployment claims last week, joining the more than 45.5 million already unemployed in the US — suggesting a current unemployment rate of over 24.0% and an estimated total of over 47.0 million job losses. The 1.48 million is higher than the estimates proffered by Wall Street of 1.35 million and marks the 14th consecutive week that claim numbers have exceeded 1 million. Additional claims are likely to continue to be filed. Continuing claims fell this week to 19.52 million, a drop of approximately 767,000 claims as state economies begin to recover.

As of June 24 at 1 pm Eastern time (1700 GMT), the US has officially run more than 29,715,347 tests for COVID-19. It has run approximately 3.79 million of those tests since last week (June 17). Some leading researchers have estimated that a capacity of 3-4 million tests per week is needed for the economy to fully reopen safely. Admiral Brett Giroir, the Health and Human Services (HHS) Testing Czar said that they were working to provide the ability to test up to 50 million people per month by September. That number may still be a bit low based on recommendations by the Rockefeller Foundation, which calls for testing capability to be ramped to 30 million tests per week by October.

Some States See Spikes in Cases

These cases can’t be attributed solely to increases in testing, according to Dr. Ezekial Emanuel, chair of the Department of Medical Ethics and Health Policy at the University of Pennsylvania. Small increases due to increased testing might be expected — “But when you see 50% or 150% increase in the number of cases you are seeing — which is what we are seeing across the South — that’s not testing. That’s new cases. That’s community spread,” explained Dr. Emanuel.

The spikes may be due to a number of factors, including the speed at which many states raced to fully reopen, the societal relaxation of social distancing, mask-wearing, and minimizing contact with others, and the massive gatherings of people during Memorial Day celebrations and during protests.

Extraordinary Measures May Have Prevented Over 530 Million Cases

In the NIH Director’s Blog, written by Dr. Francis Collins, Director of the NIH, Dr. Collins pointed out a new study that has been pre-released prior to publication in Nature magazine. That study, conducted primarily by the University of California at Berkeley researchers, used mathematical models and projections to calculate that the public health policies implemented across 6 nations, including China, South Korea, Iran, Italy, France, and the United States, from January through early April may have prevented or delayed up to 530 million cases of COVID-19.

As of Wednesday, June 24, the world had nearly 9.5 million cases — that’s a factor of almost 70 times fewer cases than the world might have seen had extraordinary and historic measures like shut-downs and quarantines not taken place. As cases spike in certain cities and regions, officials may consider implementing some policies in those regions again to help stem the rising tide of infections.

As infection rates climb, we try to do what we can to safeguard ourselves and those we care about. The basics still apply: handwashing and hygiene; using face coverings when in public places, especially in crowds or in enclosed spaces; minimizing contact with those outside your immediate family when possible; and social distancing when in the presence of others outside your family unit. Many states and cities are pursuing economic normalization and are doing so without rebound effects. Some cities and regions are seemingly experiencing rebound effects and/or continued increases in the number of infections, and those areas might be facing difficult decisions and situations.