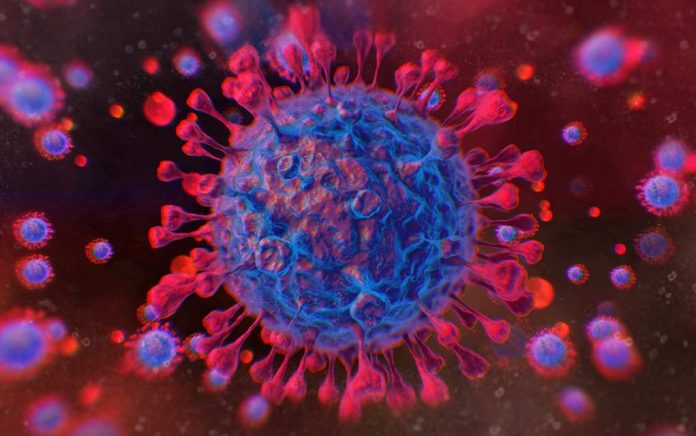 The US had 1,046,052 reported cases and 60,111 deaths. New York accounted for 305,086 of those cases and 23,474 of those deaths. New Jersey, Massachusetts, Illinois, California, Pennsylvania, Michigan, Florida, Louisiana, Texas, Connecticut and Georgia were the states with the next highest numbers of reported cases (all above 25,000).

The US had 822,572 reported cases and 46,054 deaths. New York accounted for 256,555 of those cases and 20,167 of those deaths. New Jersey, Massachusetts, California, Pennsylvania, Illinois, Michigan, Florida, Louisiana, Georgia, Texas and Connecticut were the states with the next highest numbers of reported cases (all above 20,000).

The US Military reported 5,575 cases and 22 deaths. The Navajo Nation reported 1,321 cases and 45 deaths. Federal Prisons reported 863 cases and 23 deaths. The US experienced its worst day for deaths so far on Tuesday, April 21, with 2,804 reported.

Approximately 32 meat and poultry packing plants have closed in the US over the past few weeks, including nine in just the last week, because of outbreaks of COVID-19 amongst workers. In a letter submitted to the New York Times on Sunday, April 26, John Tyson of Tyson Foods wrote that the US “food supply chain is breaking.”

National and State Closures and Re-Openings

Nine states made the decision this week to begin reopening their economies and easing restrictions on social distancing. Alaska, Colorado, Georgia, Minnesota, Mississippi, Montana, Oklahoma, South Carolina and Tennessee have all reopened to varying degrees.

As of this week, 41 states and the District of Columbia (which account for about 85% of the US population) are still under stay-at-home orders until the end of the month on Thursday when only 34 states will still be under those orders. Some states may extend their orders.

In the nine states that have reopened, most have allowed restaurants, retail stores and non-essential businesses to reopen at reduced capacities, as long as they observe reasonable social distancing guidelines — although each state is slightly different.

Stay-at-home orders are set to expire in seven states by Thursday, April 30, and some or all of those states may begin staged reopenings. Those seven states include Alabama, Arizona, Florida, Idaho, Maine, Nevada and Texas. Idaho and Texas governors have both submitted detailed plans for reopening their states.

Nevada’s governor has indicated he will extend the shelter in place and that he is relying on the advice of medical and scientific experts regarding reopening. One of his benchmark criteria for reopening is a consistent drop of COVID-19 hospitalizations over a 14-day period, which was one of the recommended criteria in the White House Coronavirus Task Force’s Guidelines for Opening Up America Again.

Essential and life-sustaining businesses in all communities — grocery stores, pharmacies, gas stations, medical clinics and restaurant delivery/take-out services — remain open. Elective medical and dental procedures in most states are still postponed or rescheduled, although the nine states mentioned above are reopening certain medical and dental services this week with prior qualified testing and new safety requirements in place. Check with your provider to be sure about status.

All states have closed schools for extended periods of time, with many shut down until the end of the academic year or until further notice. Most schools and colleges are conducting online learning. It seems likely that commencements will be delayed for most high schools, colleges and universities.

In response to the closures of 32 meat and poultry-packing plants because of COVID-19 outbreaks, the CDC issued interim guidance on steps and processes that should be taken to minimize worker exposure. While some of these guidelines have already been put into action by different companies, there is still concern among workers and industry leaders.

The Centers for Disease Control and Prevention (CDC) also issued new guidance for Contact Tracing as states prepare to reopen. The current social distancing and hand hygiene guidelines remain in effect. Under those guidelines, you should:

Another 4.4 million people filed for unemployment claims last week joining the over 22 million already unemployed in the US — suggesting a current unemployment rate of over 20% and an estimated total of 26.5 million job losses. While additional claims may continue to be filed, experts believe the majority of claims have been made.

While additional funding has been set aside by the federal government to assist state governments in meeting unemployment insurance payments, many state systems were overwhelmed by the sheer volume of claims but have mostly caught up. Government and private businesses are striving to meet this economic need in several ways:

As states reopen in phases, it’s still important to maintain social distancing for the foreseeable future. Until vaccines and treatments become available, maintaining good hand hygiene, using facial coverings in public, contact tracing, containment and mitigation will be our best tools to prevent and control infections.

ER or Urgent Care? When to Choose Which and Why